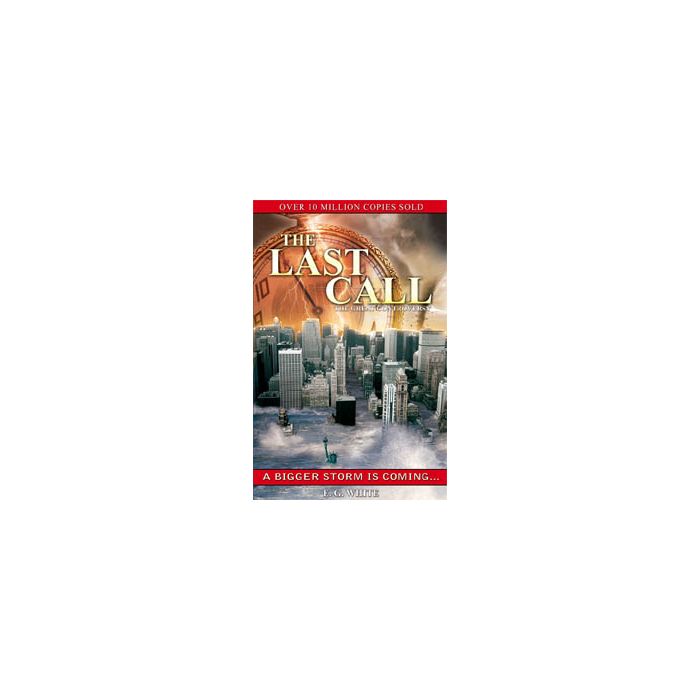 Skip to the beginning of the images gallery
Details
by E. G. White

SAVE 20% WHEN YOU ORDER BY THE CASE!
The world is buckling under the weight of catastrophe: 9/11, the great tsunami, earthquakes, forest fires, and wave after wave of hurricanes are but a fraction of the destructive forces ravaging our nation and our planet.

Indeed, it seems like everything else is starting to go wrong too. The ongoing war on terror; an increase in brutal crimes, especially against children; economic and political instability; lawlessness and confusion, as seen in New Orleans; and the proliferation and acceptance of immorality all point to the rapid decline of a functioning society.

It's gotten so out of hand that even mainstream, non-religious magazines like Time and Newsweek are asking, "Is this the end of the world?"

The key to answering this question is looking into a long-forgotten past. In this classic masterpiece by one of the world's most influential writers, you'll begin to understand the cataclysmic events battering our world in a new light. You'll see how and why history is repeating itself all over again, yet now more dangerously than ever before.

So different than anything you've ever read before, but authenticated by hundreds of Bible verses and keen insight, The Last Call is an eye-opening journey through human history and beyond that plunges you headfirst into the ultimate battle between good and evil.

It's a must-read masterpiece that has given knowledge and assurance to millions. Now it's your turn to have the answers you need to face the future.

1. The Destruction of Jerusalem
2. Persecution in the First Centuries
3. An Era of Spiritual Darkness
4. The Waldenses
5. John Wycliffe
6. Huss and Jerome
7. Luther's Separation from Rome
8. Luther before the Diet
9. The Swiss Reformer
10. Progress of Reform in Germany
11. Protest of the Princes
12. The French Reformation
13. The Netherlands and Scandinavia
14. Later English Reformers
15. The Bible and the French Revolution
16. The Pilgrim Fathers
17. Heralds of the Morning
18. An American Reformer
19. Light through Darkness
20. A Great Religious Awakening
21. A warning Rejected
22. Prophecies Fulfilled
23. What is the Sanctuary?
24. In the Holy of Holies
25. God's Law Immutable
26. A Work of Reform
27. Modern Revivals
28. Facing Life's Record
29. The Origin of Evil
30. Enmity between Man and Satan
31. Agency of Evil Spirits
32. Snares of Satan
33. The First Great Deception
34. Can Our Dead Speak to Us?
35. Liberty of Conscience Threatened
36. The Impending Conflict
37. The Scriptures a Safeguard
38. The Final Warning
39. The Time of Trouble
40. God's People Delivered
41. Desolation of the Earth
42. The Controversy Ended