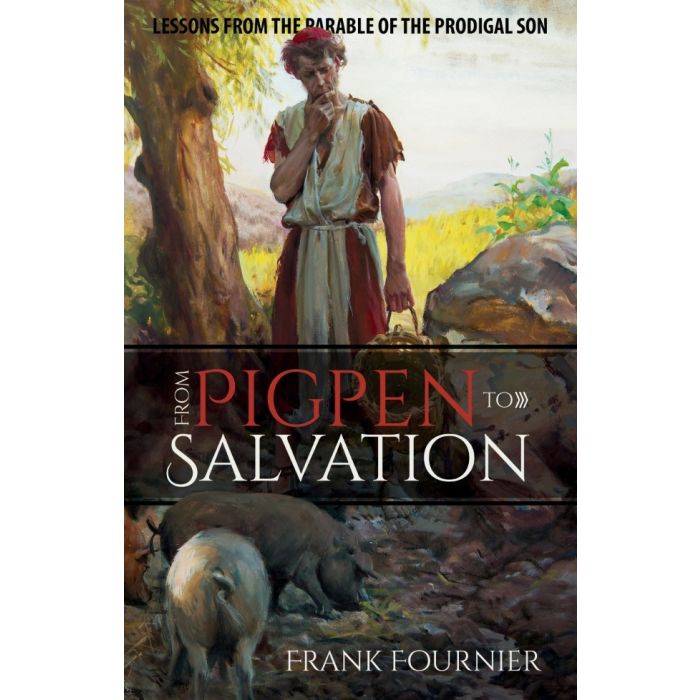 Dissatisfied with a good home and a loving father, the prodigal son decided to set out on his own.

His new life was grand. With money in his pocket, surrounded by newfound friends, he had a feeling of complete freedom.

Then his cash ran out. His fair-weather friends ditched him. A great famine swept the land, and the once carefree young man was in dire need. To keep from starving, he took the only job he could—feeding dirty, stinky pigs. He hit rock bottom—HARD.

Like the prodigal son, many have taken the path of life away from their Savior to depths of despair. Have you? Want a way back?

From Pigpen to Salvation allows you to experience the parable of the prodigal son like never before. The plan of salvation will unfold before your eyes. Grasp it and experience the open arms of your heavenly Father!

In 1974, Frank Fournier converted to Adventism from Catholicism. He has since had the privilege of preaching the Three Angels Messages in approximately fifty countries. He ministered as president of three supporting ministries: one in Canada, one in Zambia, and one in Colorado. He also accepted the role of Executive VP for Outpost Centers International for more than 10 years and was the president of ASI national for two terms. His heart's burden is to simplify the plan of salvation so that even a child may understand God’s amazing power, wisdom, and love.

Inspiration for the book

We are told that “The message of Christ’s righteousness is to sound from one end of the earth to the other to prepare the way of the Lord. This is the glory of God, which closes the work of the third angels.” 6T 19 (See Rev. 18:1)

Again, “God designs that the plan of salvation shall come to His people as the latter rain.” 1888 Mat. 1690

Seeing we may depend on these prophecies to be fulfilled; it follows that this subject must be studied and explained to the best of our understanding. This book is my humble effort at clarifying the plan of salvation, especially for the people who are prone to trust more in themselves than in God for all things.

Purpose of the book