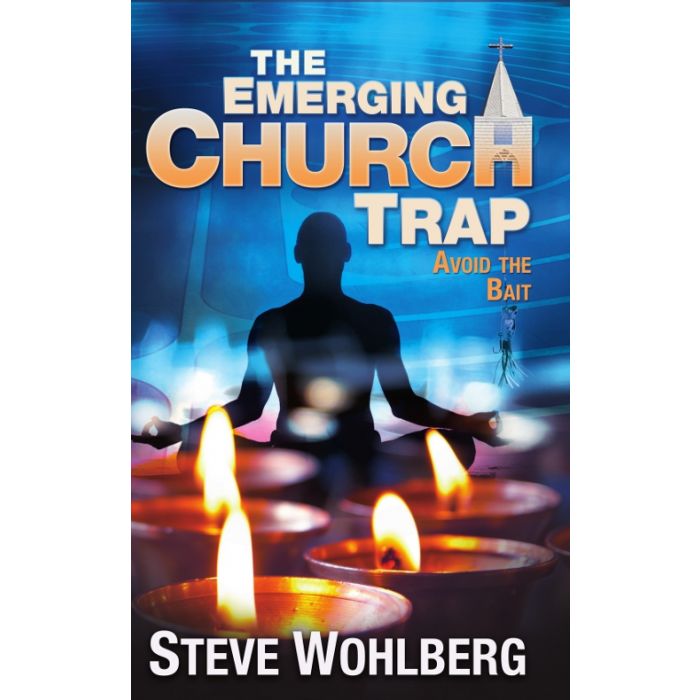 In a four-part series these two men shed the light of truth on the topic of the emerging church movement so that you can have a deeper view of this movement that not only has kernels of truth but it is also fraught with falsehoods. Superficially, the teachings are inviting and invigorating, drawing people into a spiritual realm. A thorough search of the subject, however, reveals that realm to be dark and sinister. This worldwide, interdenominational movement is also inter-spiritual in that there is cooperation or combining of other world religions.

The principles of emerging church objectives include:
• Experiencing God through the senses
• Spiritual exercises
• Contemplative prayer
• Wisdom of the ancient mystics

Program 1: “The Emerging Church on the Move”—Dave Fiedler and Steve Wohlberg examine Scripture and the issues surrounding this philosophy to bring it into focus. Their first discussion concludes with two prophecies that are given to us that we might take heed:

Program 2: “The Mystery Babylon Factor”—the emerging church is rapidly becoming a worldwide church. The hallmark of the teaching of this factor is the neglect or outright rejection of Bible prophecy. What if emerging church elements move into your church? How would you know it? What could you do about it? In Scripture God gives us the information so that we can be aware of what we are facing.

Program 3: “The Return of Ancient Mysticism”—ancient mysticism has taken center stage in world debate, even in secular societies. In the 1960s the charismatic movement made inroads into Roman Catholicism, and from there it gained acceptance as it spread through Protestant circles. Thus, is shifted the attention from Scripture to personal experience. This presentation begins and ends with a scriptural warning to alert you to the prophetic truth so that you can know when falsehood is being taught.

Program 4: “Embrace the Light”—millions know about God, but is it possible to truly experience Him? Their discussion centers on the truth and counterfeits to a greater degree than the previous discussions. One of the hooks that Satan often uses is to relieve us of our sense of dependence on God. Deep down in our souls we then take on the persona that “I am God.” The path that leads to this thinking tracks back to Roman Catholicism, spiritualism, counterfeit spirituality, pantheism, and to the Garden of Eden itself when man became his own god, thus depending on his own self. This leads to sin, suffering, demon possession, and death. We need to heed the warning of Scripture lest we fall into the trap. God calls His people away from the bait.