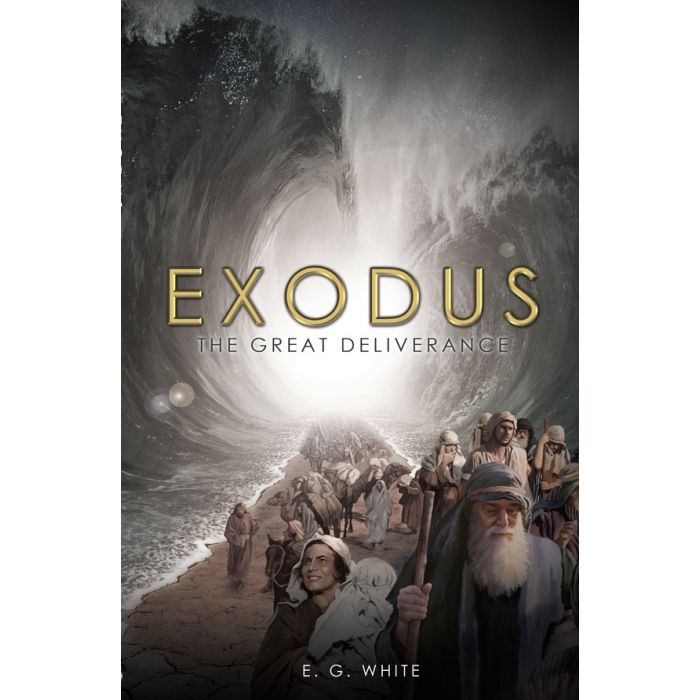 Reared in the ways of the God of the heavens during his early childhood, Moses, who was drawn from the water, was moved from his humble abode to one of privilege with every amenity. Temptation abounded, but the teaching of his mother in the way of truth lingered in his mind, even as he was tutored in the schools of the pharaoh. With his leadership and military training behind him, yet convinced of his sacred duty, he ached to see his people suffer. Thus, Moses committed the same grave error of many of his ancestors: taking matters into his own hands. An Egyptian oppressor died because of Moses’ misguided fervor, which sent him fleeing as a fugitive.

In the mountains of Moses’ refuge, God broke down the strongholds of Egyptian influence. As forty years of Moses’ life passed in his wilderness hideaway, God instilled in His servant lessons of faith, patience, humility, and reverence.

When Moses was humbled, God met him at the burning bush. He trembled at the thought of returning to the land of his birth to face a brotherly foe. Only then did God lay out His detailed instruction to rescue the Hebrew people.

Together Moses and his brother Aaron took the message of God to the earthly king: “Let My people go.” The pharaoh met the brothers’ approach with wrath: “I know not Jehovah, neither will I let Israel go,” boasting that their God had no power to deliver them. Hence, a series of plagues bombarded the people of the Nile. Just before the tenth and final plague, Moses instructed God’s chosen with their course of action. They needed to submit to His command through obedience to heavenly direction just as we need to be surrendered so that we can be saved.

When the cry of bereavement rose from the land of sun gods and papyrus reeds, the Hebrews were ready to go. The pharaoh once denounced the sovereign God: “Who is Jehovah, that I should obey His voice to let Israel go?” cried out as he hovered over the limp body of his firstborn, “Rise up, and get you forth from among my people. . . . Also take your flocks and herds . . . and be gone.” Thus, the descendents of Abraham, Isaac, and Jacob left the land of their bondage.

When the grieving king learned that the whole enslaved nation had marched to the Red Sea instead of the desert, his ire burned within him. When the pursuing army approached, the God Almighty enveloped the opposition in a foggy cloud, blinding their view. As the darkness deepened over the Egyptians predators, confusion and dismay reigned.

To the Hebrew people, however, that same cloud illuminated the encampment with the light of day, and hope resurged in their hearts. When Moses lifted his rod over the swelling waters, they parted, creating a walled pathway through the sea. God’s pillar lighted their way from shore to shore in that night of flight. The Psalmist penned of the following morning when the last Israelite footstep was safely on the eastern shore: “The clouds poured out water: the skies sent out a sound: thine arrows also went abroad. The voice of thy thunder was in the heaven: the lightnings lightened the world: the earth trembled and shook” (Psalm 77:17–18). Thus, the Egyptians pursuers followed their firstborn into death.

In only one night, God’s people experienced complete deliverance—men, women, children, and even their livestock. God has a plan of deliverance for those who have chosen Him as their Savior, Lord, and Friend that is greater than that of the miracle at the Red Sea. We may lay claim to the sacrifice of our Redeemer, and keep our eyes ever focused on Him rather than what sin may offer us for a season.

Compiled from the classic works Patriarchs and Prophets and The Great Controversy.