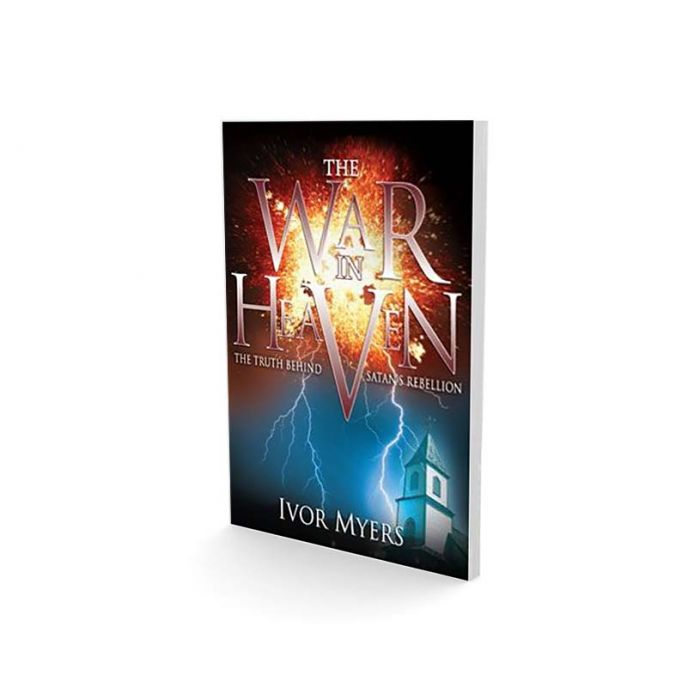 A long time ago . . .
". . . there was war in heaven. Michael and his angels fought against the dragon; and the dragon fought and his angels, and prevailed not; neither was their place found any more in haven. And the great dragon was cast out, that old serpent, called the Devil, and Satan, which deceiveth the whole world: he was cast out into the earth, and his angels were cast out with him" (Revelation 12:7-9).

Beyond the realm of the seen, an invisible war rages between the forces of good and evil. Without understanding the principles involved in the first war, we may be doomed to repeat the same mistakes that led to Satan's fall. The answer to vital questions concerning salvation lie in understanding the events that led to the first war. The War in Heaventakes readers on an eye-opening journey back in time to the very first conflict as it unfolded in the most unlikely place—heaven. Discover the answer to questions such as:

This book is a must read for anyone who wants to know the truth about God's plan of salvation and Satan's attempt to keep humanity from understanding it.

"His [Lucifer's] challenge was that he could be holy like God without resting in the complete will of God. He could be righteous without God telling him how to do it . . . Lucifer's original philosophy then was one of the self sanctification, self righteousness." (The War in Heaven, 7)